When you take a walk along the lake shore, or are sitting in your lawn chair at the edge of a pond, do you ever wonder exactly what it is the shorebirds are eating? Yellowlegs, plovers, sandpipers, and other shorebirds are all seen picking things out of the wet sand and mud. They pick at insects and other small organisms such as worms, spiders, gnats, snails, ect., but they also eat biofilm, a thin layer of nutritious slime on the sand.

Often when you touch the surface of sand or mud that is close to a water source (lake, pond, river, ect.) it will have a thin layer of slime covering the surface, giving it a shiny gloss. It can be either microscopic and so invisible to the naked eye, or it can quickly grow to be clearly visible, sometimes even forming thick mats on water. The slime, or biofilm, is a collection of microorganisms that have had their cells adhere to each other to create the flexible substance. As the microorganisms adhere to each other they create a complex colony that allows for new microorganisms to attach, further expanding the substance and increasing the microcellular content. A dense extracellular matrix holds the cells together and protects them, and allow the bacteria growing within to cooperate with each other like they would not be able to as single organisms. The bacteria’s cooperation allow benefits to the biofilm as a whole such as resistance to antibiotics and detergents. Resistance can be increased as much as one-thousand times. However, these benefits do not exist in all biofilm colonies. For a more detailed description of biofilm, please refer to Wikipedia.

Biofilm is Can Be Found in Areas Such As This

The main components of biofilm are extracellular DNA, proteins, and polysaccharides, and the slime can grow anywhere. In a natural environment it can grow on many things including mudflats, river bottoms, in a hotspring, or even on a glacier. Biofilm can also grow in non-natural environments such as in showers, in water and sewage pipes, and on counter-tops. In human environments, such as water pipes, biofilm can be a very powerful corrosive agent and can cause extensive damage. It also comes in the form of dental plaque which can be harmful to your tooth and gum health, and is involved in 80% all of all infectious diseases. However, it is put to use to benefit us personally in many ways. An example is Biofilm being used beneficially is as an important agent in water treatment. Waste water is pushed through filters grown over with biofilm which extracts and eats the organic matter, helping to cleanse the water.

It also benefits the shorebirds by giving them proteins that they are not able to get from the crustations, invertebrates and other things they eat, and provides the energy desperately needed during migration. In turn, this benefits us by allowing the experience of watching the sandpipers and glimpsing just a tiny portion of the long journey they make twice a year on their way to and from their breeding grounds. The Western Sandpiper, a rare migratory visitor to the Yukon, has been the most heavily studied in concern to biofilm. Western Sandpipers rely on it as an important source of energy during migration. Studies have shown that Western Sandpipers get half of their daily energy from the nutritious biofilm during migration on average, and it is suspected that their biofilm diet is a major factor in their plentiful population. Other shorebirds such as various species of sandpipers and plovers also feed on biofilm, but not as heavily as the Western Sandpiper.

Western Sandpipers were monitored through high-speed cameras to see exactly what technique they used to eat the biofilm. Using the video footage and photos, scientists discovered that the Western Sandpipers moved slower when foraging for biofilm than for crustations and insects because unlike bugs, biofilm does not have to be chased and quickly snagged . The sandpipers pick up tiny balls of biofilm with their feathery tongues and the tips of their bills before quickly swallowing it and going for another bite.

It is amazing how much a seemingly insignificant substance can affect the world around it. Biofilm is truly an amazing slime!

The Pacific Wildlife Foundation, The Vancouver Sun, Cornell Lab of Ornithology: All about Birds, Wiley: Online Library, and Wikipedia.

All photos are by Beakingoff and cannot be reproduced or copied without the permission of the photographer/author.

2 responses to “What Are These Sandpipers Really Eating?” 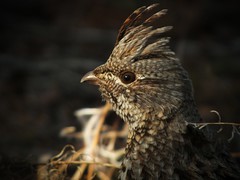